Video for Your Ears 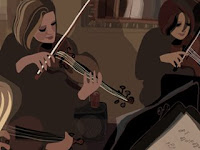 Come expand your aural and visual horizons with live music performed by the Tosca String Quartet complimented by the video compositions of local artists Lee Webster, Paul Baker, and Tyler Hardy. Compositions by the Golden Hornet Project, Graham Reynolds and Peter Stopschinski, as well as many other local and national musicians.

From Golden Hornet Project:
GHP kicks off its Tenth Anniversary Season the way we began a decade ago: with a concert by the wonderful Tosca String Quartet. Begun as part of the Tosca Tango Orchestra, the quartet is an accomplished crossover string ensemble, having performed and/or recorded with David Byrne, The Dixie Chicks, Bob Schneider, Willie Nelson, Spoon, Vampire Weekend, Lambchop and many others. For this concert Tosca will perform pieces by Paul D. Miller aka DJ Spooky, Peter Stopschinski, Josh Robins, and Graham Reynolds, along with the US premiere of a piece by Gabriel Prokofiev and world premieres by Emily Marks, Tina Marsh and Lauren Larson.

Thanks all for coming out to the release of 2! We were so glad to see you there, check out some pictures of you pretty people havin a good time. Keep your eyes peeled for the debut of our latest release, 2, on our website March 2! 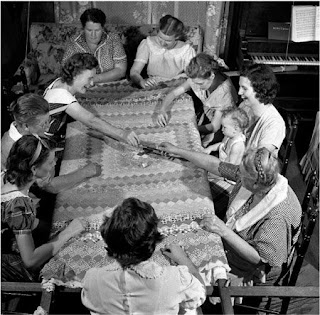 Not only are we celebrating the release of our second themed video compilation 2 this evening but we are pleased as punch to be welcoming newest members of our growing Bee!
Sally Bergon
Leigh Brodie
Lisa Choinacky
Leah DeVun
& Amanda Joy
We are pretty excited to be working with these amazing Austin artists and hope you'll come out and raise a glass with us! Group photos in front of the elephant!

The work in this show is an attempt to reconnect and reconfigure a personal cultural and historical heritage. The result is the creation of a visual dialogue that can convey and create specific moments of rediscovery and reclamation. Rather than provide answers, the pieces in the show aim to further complicate the quest to create identities in contemporary American society.

Carlos Rosales-Silva is currently attending the University of Texas at Austin. He is a member of Okay Mountain Gallery and has recently had shows at Co-Lab (Austin, TX) and Mexic-Arte Museum (Austin, TX) in their Young Latino Artists showcase.
Posted by Corkey Sinks 0 comments