I fucking love this youtube video. There's something about that AMAZING song and the "ipod commercial from hell (interface)" effect that really gets to me. It's pure guileless awesome. People like Petra are really using the internet in some amazing ways.
Check out her youtube channel, and her website for some great links!
Posted by Ivan 0 comments

The CTW essentials and more

PBS's Children's Television Workshop programming in the 80s-- so brilliant.


Yo! Gabba Gabba (on Nickelodeon)
Posted by ms. watson 1 comments

It's terrible to watch people lose.


Disappointment from More Soon on Vimeo.

Charlemagne Palestine, Island Song, 1976
(thx UBUWEB)
Sometimes when I'm having a hard day, I watch this video and I feel better.
Posted by Ivan 0 comments

Thanks everyone for a great DVD Release Extravaganza!

There's so much more to come...
Posted by lee kerby 0 comments

No, this isn't video, and it's reductive to claim these pieces are just about failure, but the work of Felix Gonzalez-Torres pulls the viewer into a state of disquietude, where loss and political injustice pull equally at one's heart and mind. The above image of rumpled sheets and the indent of two missing bodies was placed on billboards originally around New York City. Gonzalez-Torres's conceptual work often links personal biography and politics. He understood Untitled (right billboard) as inverting the adage "the personal is political," the private life, and space, and bed of a queer person, or any person, is up for debate and regulation in the political domain.

This piece, made after the death of Gonzalez-Torres's partner from AIDS, takes the form of a heap of candy scattered in the shape of a rectangle on the gallery floor. Viewers are invited to take a piece.

In this quote he describes so well the delicate balance of making art that's intimate to the artist and made (literally) for public consumption:

"After doing all these shows, I've become burnt out with trying to have some kind of personal presence in the work. Because I'm not my art. It's not the form and it's not the shape, not the way these things function that's being put into question. What is being put into question is me. I made "Untitled" (Placebo) because I needed to make it. There was no other consideration involved except that I wanted to make art work that could disappear, that never existed, and it was a metaphor for when Ross was dying. So it was a metaphor that I would abandon this work before this work abandoned me. I'm going to destroy it before it destroys me. That was my little amount of power when it came to this work. I didn't want it to last, because then it couldn't hurt me. From the very beginning it was not even there - I made something that doesn't exist. I control the pain. That's really what it is. That's one of the parts of this work. Of course, it has to do with all the bullshit of seduction and the art of authenticity. I know that stuff, but on the other side, it has a personal level that is very real. It's not about being a con artist. It's also about excess, about the excess of pleasure It's like a child who wants a landscape of candies. First and foremost it's about Ross. Then I wanted to please myself and then everybody."

-Felix Gonzalez-Torres from an interview with Robert Storr, in ArtPress, January 1995
Posted by lee kerby 0 comments

and a little over simplified, but it's a good example about how video can get the word out. It takes about 20 minutes to watch all seven parts:

The Story of Stuff with Annie Leonard 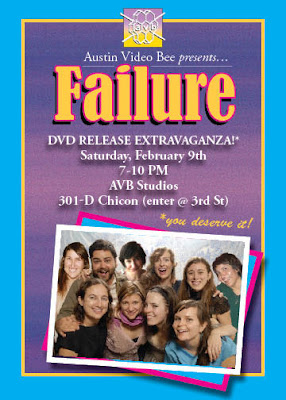 I don't think that the failure here is so much to do with the medium. Beautiful as they are, I don't think Antonioni's works are exploring that sort of failure. Rather, this movie addresses the heroine's failure, or more like, collapse in response to her everyday life. Here's a clip from somewhere in the middle of the movie. I really like Monica Vitti's performance, and her kid is pretty cute too.
Posted by Elizabeth A 0 comments